It was a bright warm day with summer just around the corner, friends and I planned to do something productive with the time we had off. Our plan was simple, open up a stall right outside the main mall of our small town; the idea was to provide snacks and lemonade in order to make some money so we could plan a trip across the country.

We had been discussing this entrepreneur opportunity for quite some time now, but finals and assignments had us on our tippy toes. Now that we had finally gathered enough ideas, initial investment and created a master plan we were ready to execute. It was decided to divide the shifts into groups of two’s, one preparing snacks and equally dividing them for consumers and the other would be busy providing refreshments. We had convinced the department store that we would help promote their goods in exchange for us to put up a stall right at the main entrance of the mall and in front of their store. Most of the goods and supplies were bought directly from the store this enabled us to quickly restock, resupply and promote anything we had from the department store in case a customer asked.

We had paper plates to offer snacks and plastic cups for the refreshments, a blender to make the lemonade and just enough utensils in order to rationalize the snacks in order to ensure we create the perfect amount of profit for our trip.

In our minds, we were ready to take summer by a storm, but to our surprise the day we had finally put up the stall and set up, we had been beaten to it. We were going to a bunch of college girls raising funds across the street for college, by providing car wash services, of course. They were loud, wet and really beautiful, I mean eye-catching to a point that they distracted everyone entering or leaving the mall while our eyes were also glued.

We had been running the stall for about 3 days now and had made zero to none sales, with our motivation drowning by the minute. We were slowly but surely losing this battle, even though we tried putting in some serious hours. That also did not end up helping us as the crowd across the street just kept increasing. By the end of the week, we were in a scuffle amongst each other as now hardly anyone of us was inclined to stand at the stall the way we were slowly progressing.

On the other hand, we were reluctant to just give up so after brainstorming ideas over the weekend, we ordered some Chinese take-out and it just clicked that we had been doing it all wrong, rather than just basically handing our customer’s paper cups and plates we needed to go a little above and beyond. Branding was key to any successful business especially when it came to food, so we went out researching for ideas on how to improve our packaging in a way we do not just provide goods but also a source of marketing. 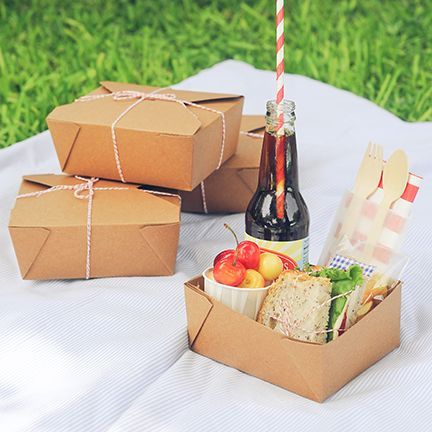 After tracking down the company which provided these sleek looking take-out boxes for the Chinese food place we had placed an order for 500 paper boxes at a wholesale price. The company did charge us a fair share but I was determined it would get us out of this slump and back on our feet highly motivated and ready for another week of selling.

The following week we saw an increase in sales, may it be nature or just sheer luck as it rained 3 out of the 5 days of that week, allowing the Car wash across the street plummet down to no business, they constantly came to us for their refreshments and snacks. Who wouldn’t get a little hungry washing car and dancing for 6 straight hours? Or just waiting in the rain hoping they could get back on track washing cars. Our new paper boxes allowed the consumers to not only enjoy a bundle of snacks and refreshments but also keep it for later if they decided to continue their day of shopping activities or keep it for later. The company had provided packages which would also be great for storage boxes, resulting in less dumping of waste. The personal touch which the company gave to our packages really did numbers for our business.

we saw a definite increase of about 20% within just the first week of the new boxes introduced. We came up with a name, a logo and even a slogan which we imprinted onto the boxes and also on our stall. We also added a special touch to the boxes by giving it a place just perfect to fit in the refreshment consumers would purchase, this way they could hold the entire snack box with their drink with ease.

It was not long since then that we reached our target within a mere 3 weeks of our new packaging which allowed us to promote ourselves within the entire town, once we had reached our goal we slowed down. Afterwards, when we took our stall down we were approached by many of the merchants within the mall in order to continue working but because we had no interest we rejected most offers. We were also approached by one of the college girls for a great business plan that she had introduced us to, she explained we would not need a stall as with merging our business modules they could provide car washes to consumers and we could just hand out paper gift boxes which would entice the consumer with snacks while they waited.

I loved the idea but had to sit down and discuss this with the rest of the crew. Once we agreed on the entire plan, we worked through the entire summer totally forgetting that we even once had a trip planned which got us started on our venture.